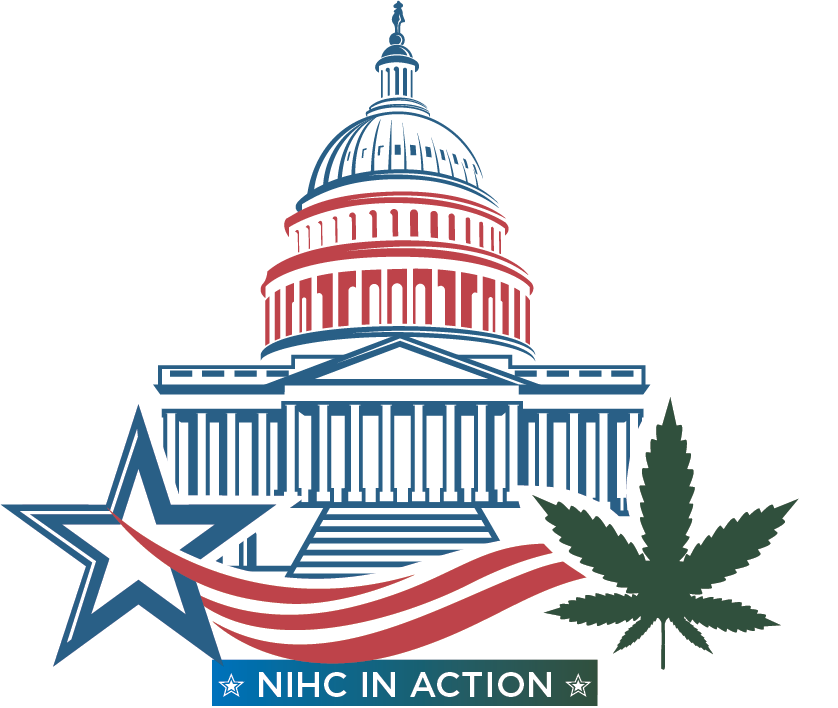 Hall of Fame Football Coach Lou Holtz took football powerhouse, Notre Dame, from a 5-6 win/loss record in 1985 to a National Championship three years later. Incredibly enough, he is maybe even better known as a world renowned motivational speaker. One great quote from Coach Holtz stands out and is always relevant. He said, “I never learn anything talking. I only learn things when I ask questions.” It’s particularly relevant as NIHC advocates on behalf of the industry.

Last week we wrote to you about some of the highlights from the draft Cannabis Administration and Opportunity Act (CAOA) unveiled by Senate Majority Leader Chuck Schumer (D-NY) and Senators Corey Booker (D-NJ) and Ron Wyden (D-OR). We raised some of what we thought were interesting questions

As the Capitol and Congress opens their door for discussion on this draft bill, NIHC has been walking congressional halls in-person. We’ve been meeting with Members of Congress and their staff this past week. Like Lou Holtz, the NIHC is asking questions to lawmakers, as well as industry stakeholders, on the hemp-related provisions of the CAOA. The more we engage in Washington, the more questions we had about the bill, the more it’s leading us to ask more detailed questions.

What we wrote in last week’s e-newsletter bears repeating. Hemp policy is complicated. A cookie-cutter approach doesn’t work. We’ve learned over the last three years that the regulatory scheme that governs the hemp crop doesn’t keep pace with industry innovation and how consumers use our product. That leads to a myriad of unintended consequences including a lack of transparency that should inform the end users of our crop and products.

On that note, we are soliciting industry, consumer, grower, and retailer input. Have you read the Schumer-Booker-Wyden bill? What are your thoughts? What stands out to you? What do you see as a concern?

As we continue to engage Washington, it’s helpful to hear feedback from our members and industry partners. We have a lot of work to do, so please take time to read the bill and share your thoughts with our government affairs committee at info@hempindustrial.com.

Comments on the bill are due back to the sponsors of the legislation by September 1.

The Consumer Brands Association this week released a white paper on CBD policy with some interesting statistics. Of the consumers polled on CBD, 74% of respondents either incorrectly assumed that CBD was regulated or didn’t understand that CBD was not yet regulated by the FDA.

On a scale of one to ten, consumers admitted their knowledge on CBD and CBD products was only at a collective score of 3.3.

The results of the Consumer Brands Association/Ipsos poll that interviewed 1,000 consumers showed similar results to a benchmark poll conducted by the same two organizations in December of 2019. In that poll, 40% of respondents believed CBD was another name for marijuana while 51% believed that CBD had an intoxicating effect.

The poll further solidifies NIHC’s belief in the need for more consumer education about CBD and hemp-derived products. Consumer education would be a key component to the checkoff program that the NIHC is currently pursuing with other industry stakeholders.

For more information, you can read the press release and the full paper from the Consumer Brands Association.

Taking the Wins Where We Can